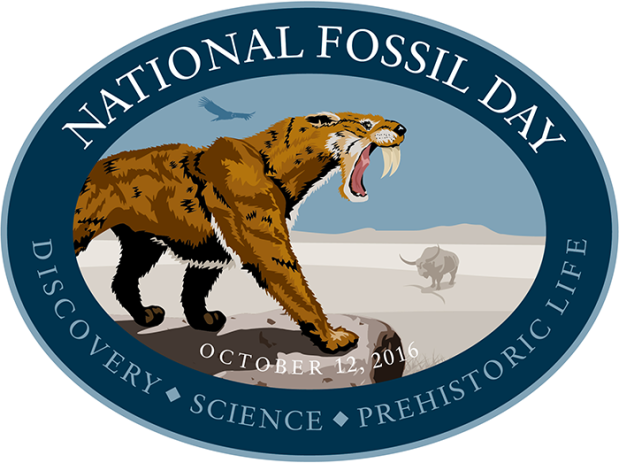 October 12 was National Fossil Day. This has been going on since 2010 as part of Earth Science Week, but I forgot to post anything about it. According to their website, “National Fossil Day is a celebration organized by the National Park Service to promote public awareness and stewardship of fossils, as well as to foster a greater appreciation of their scientific and educational values. Fossils discovered on the nation’s public lands preserve ancient life from all major eras of Earth’s history, and from every major group of animal or plant. In the national parks, for example, fossils range from primitive algae found high in the mountains of Glacier National Park, Montana, to the remains of ice-age animals found in caves at Grand Canyon National Park, Arizona. Public lands provide visitors with opportunities to interpret a fossil’s ecological context by observing fossils in the same place those animals and plants lived millions of years ago.”

This year, the theme of National Fossil Day is the Pleistocene era, so the logo has a saber-toothed cat, a long-horned bison, and a condor. In the background is Tule Springs Fossil Beds National Monument. To read more about these extinct animals, their website has an explanation here: http://nature.nps.gov/geology/nationalfossilday/nfd_2016_artwork_fossils.cfm

There was also a kids’ art contest, and here are the winners: http://nature.nps.gov/geology/nationalfossilday/art_contest_2016_results.cfm