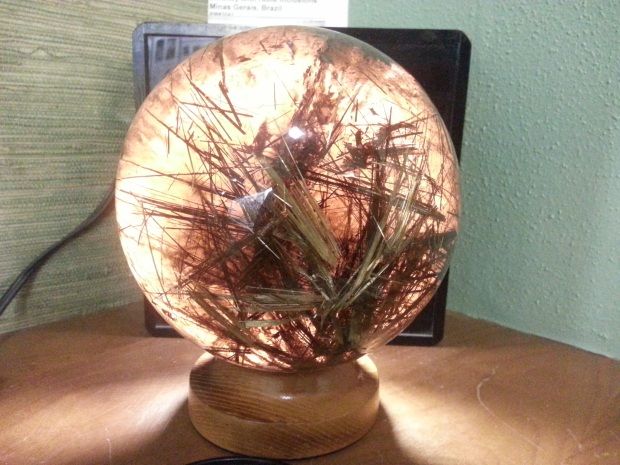 Rutile quartz is quartz that contains rutile inclusions. Rutile is made of titanium dioxide and usually forms long, thin needles. It is most commonly found in quartz, though it can also be found in sapphires. The inclusions are usually gold in color and can be seen in dense parallel fibers or as scattered needles. You can see both in this specimen.

This rutilated quartz sphere is smoky quartz with rutile inclusions from Minas Gerais, Brazil. It is on display at the Rice Museum in Hillsboro, Oregon near Portland, Oregon. If you are in the area, we highly recommend this museum. 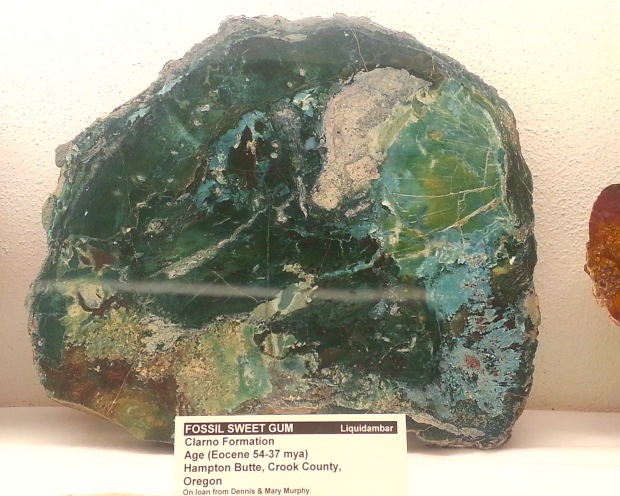 This is a cross-section of a fossilized sweet gum tree from the Hampton Butte in Crook County, Oregon. We saw it at the Rice Museum in Hillsboro, Oregon where it is in the petrified wood room. I hardly ever see petrified wood that is green like this; usually it’s red, orange, or brown. Anybody know what makes it green?