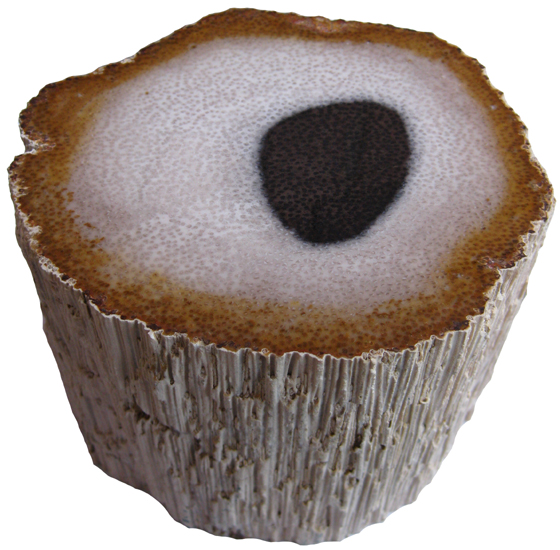 You’ve heard of petrified wood, but have you heard of petrified palm? It’s made from trees of the extinct genus Palmoxylon, which were very similar to palm trees. The process is the same: when the palms died, sometimes they would be covered by water or dirt before they rotted. Then, as groundwater flowed across the ground it carried dissolved silica which would fill the xylem and phloem inside the palm. The result is solid silica in the same shape as the plant. They usually turn out much smoother and more uniform than other types of petrified wood, and petrified palm can be cut, polished, and used as a semiprecious gemstone. It’s mostly found in the Catahoula Formation, Texas, and Louisiana (where it’s the state fossil). 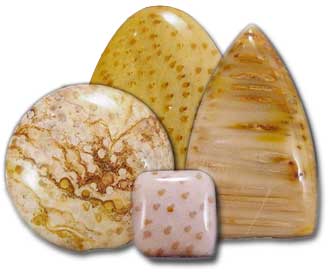 As you can see, petrified palm’s distinctive round spots make great cabochons.

From the collection of Don Volkman, photographed by Karl Volkman. http://www.mindat.org/photo-152268.html

Source: The Gemrock, 7/2014
From the collection of Don Volkman, photographed by Karl Volkman. http://www.mindat.org/photo-152268.html

Watch this space for information about future  meetings, as the Waldo Branch of the KC Library may still be closed for group events.  We will post any updates for meetings when available.